Gov. Wolf Ramps Up Calls For Legalization Of Recreational Marijuana 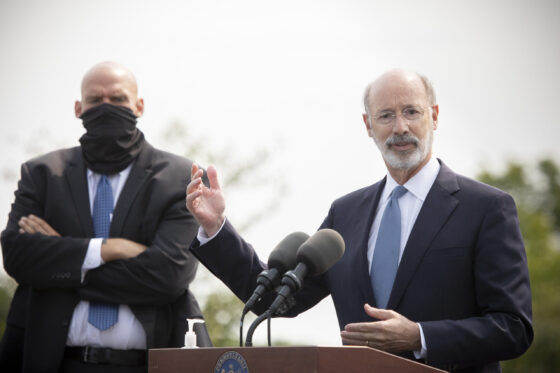 Governor Tom Wolf is once again calling for the state legislature to legalize adult recreational marijuana.

“So far, I haven’t heard anything. There has been no movement to advance legislation,” Wolf said. “So once again, I’m back, and once again to ask to focus on two particular benefits of legalization. The econonmic benefit Pennsylvania could get, and second the much needed restorative justice.”

This is the third time in recent months Wolf has spoke in support of legalizing marijuana for adult recreational use.

Wolf said New Jersey is set to pass a law legalizing marijuana in early November, and he’s concerned the state could lose potential money to the neighboring state.