Posted By: Tyler Frielon: May 16, 2022In: Featured News
Print Email 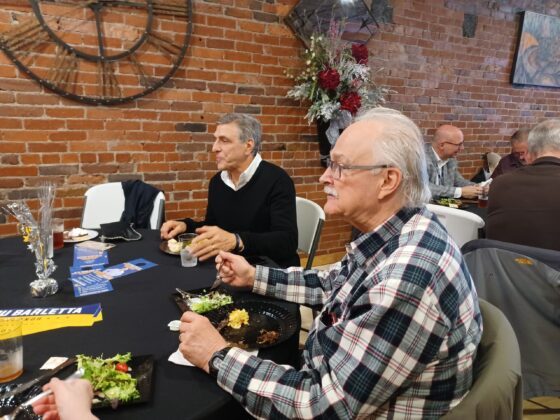 Lou Barletta (pictured left) has lunch at the Venue On Main in Downtown Butler.

Just a couple of days after State Senator Jake Corman dropped out of the race to endorse former Congressman Lou Barletta, Melissa Hart is doing the same.

Late last week, the former Congresswomen stepped out from the race. The moves are seen as an effort to block State Senator Doug Mastriano from the nomination.

Like Corman, Hart’s name will still be on the ballot tomorrow.