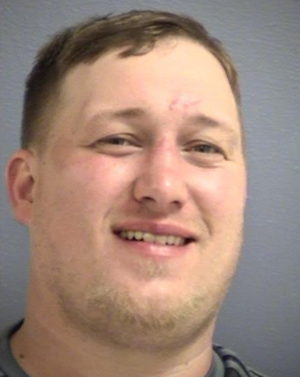 A man from Hilliards was arrested for allegedly firing a gun during an altercation in northern Butler County.

The alleged incident happened on Friday evening (about 6 p.m.) at a home on Boyers Road in Marion Township.

According to State Police, 30-year-old Joshua Howland is accused of driving to the victim’s home and getting into a verbal altercation. During the fight, police allege Howland threatened to shoot the victim- identified as an 18-year-old man- and then fired four rounds from a .45-caliber pistol.

The shots did not strike the victim and no one was injured.

Howland then left the scene. He was arrested a short time later.

According to court documents, Howland told police his friend’s yard was driven through over the past two weeks and he believed (the victim) was the one who did it. He said he thought (the victim) was going into his home to get a firearm, which is why he reached into his truck, got this gun, and fired several rounds into the ground.