I-79 Crash Slows Down Traffic 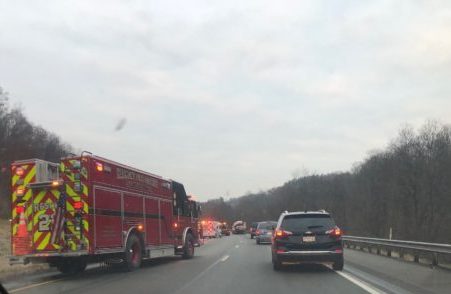 It’s unclear if anyone was injured in an accident this morning on I-79.

The one vehicle crash happened after 7:00 a.m. near mile marker 91—which is in between the Zelienople and Portersville exits.

The vehicle sustained damage to its front-end and drivers side before coming to rest in the grass median of the highway.

Traffic was reduced to one lane while emergency crews from Harmony cleared the scene.

Both lanes re-opened just before 8 a.m.