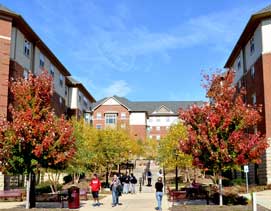 The campus of Indiana University of Pennsylvania. Photo courtesy of IUP.

Indiana University of Pennsylvania announced they will be restructuring different aspects of their college in the near future.

IUP’s President Dr. Michael Driscoll said at a meeting with state system officials that their plan will see the elimination of certain college, and the expansion of others.

Driscoll called the plan “IUP NextGen” which he says will be a student-centered, forward looking approach for the university.

He attributed the restructuring to financial challenges and declining high school enrollment.

Driscoll said some programs could be cut, while others will be merged.

It’s possible the plan could take effect next fall.