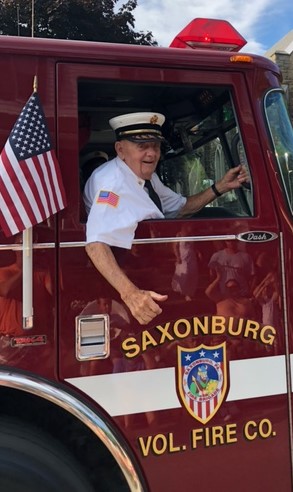 A longtime Saxonburg volunteer firefighter and former veteran of the year has died.

He had a lifetime commitment to fire safety, including serving as a member of the Saxonburg Volunteer Fire Department for 65 years. Cypher was also the first ever State Master Fire Instructor in Butler County.

Friends will be received at Fox Funeral Home on Monday from 2-4 p.m. and 6-8 p.m. A funeral will be held at St. Francis Assisi (former St. Joseph’s in Cabot) on Tuesday at 10 a.m.