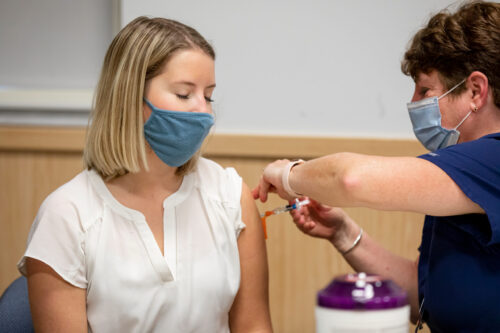 The National Guard is one step closer to becoming heavily involved in the state’s vaccine distribution.

A bill that would utilize the National Guard passed the House of Representatives yesterday. State Representative Tim O’Neal of Washington County says the military knows logistics—which is a big part of vaccine distribution.

“I was a member of the Pennsylvania National Guard, so I’ve seen firsthand just the capabilities that our military has to deploy millions of dollars of equipment and thousands of people across the world in a timely and efficient manner. And there’s no reason they can’t do so here with the vaccine,” O’Neal said.

That bill will now head to the full Senate for a vote.