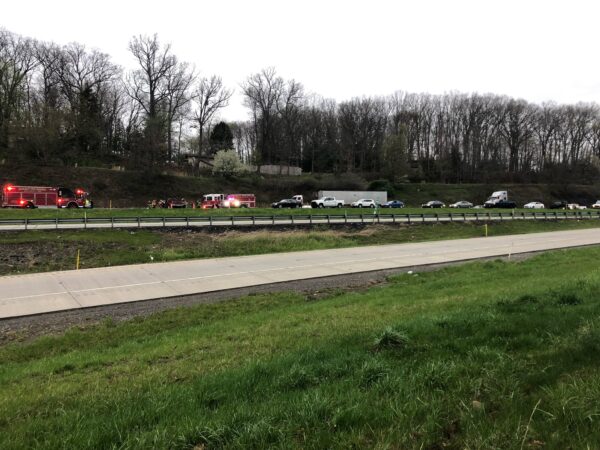 One person was flown to the hospital after a serious crash Tuesday morning on I-79. Photo via our news partners at WPXI.

One person has died as a result of a serious crash Tuesday morning on Interstate 79 near Harmony.

According to State Police, the two vehicle accident happened in the southbound lane shortly after 6 a.m. near mile marker 87 in Jackson Township—which is by the Little Creek Road underpass.

Crews from Cranberry, Portersville, and Harmony EMS arrived to find that a pickup truck had struck the rear of a dump truck.

52-year-old Eric Ruhlman of Atlantic, PA in Crawford County was entrapped and unresponsive. A StatMedEvac medical helicopter was called and landed on the interstate.

Ruhlman was flown to a Pittsburgh hospital where he passed away a short time later. Police say that Ruhlman was not using a seatbelt. The other driver was not injured.

I-79 southbound was shut down in between Route 488 in Portersville and Zelienople for hours. The highway has since reopened.