Police Searching For Man Who Stole Items From Church 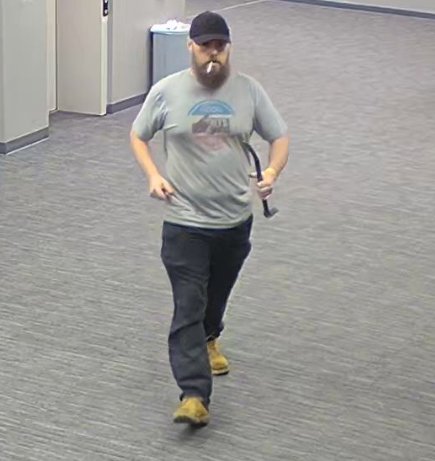 Police are searching for this man, who was inside the New Life Christian Ministries in Saxonburg.

State police are looking for a man who stole items and illegally entered a church in South Butler.

Police say an unknown man entered the basement of the New Life Christian Ministries on Knoch Road in Saxonburg around 1:45 a.m. Monday.

The man then went into several classrooms and tried to remove a television and iPad from that was mounted on the wall.

He then went into the main floor of the church and broke into an office. Police believe he used a screwdriver and pry bar that is seen in the photo to open the office doors. There, he stole three Microsoft laptops valued at $1,000 each.

He is described as a white man, with a beard who was wearing a gray shirt, black hat, and dark jeans at the time.