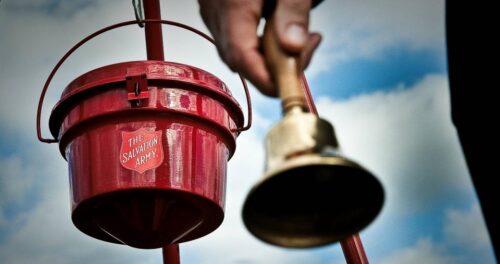 The Red Kettle campaign is underway for the Salvation Army of Butler.

The Salvation Army is officially kicking off their Red Kettle Campaign. The theme this year is Hope Marches On, which was chosen to remember that many families are still facing poverty on the heels of the pandemic.

Locally, the Butler chapter of the Salvation Army has set a goal of raising $89,000 according to Major Darlene Means. She adds that there are multiple ways to donate.

“If people are not planning on going to the stores this year, they can always send a donation to the Salvation Army and just put “kettle” in the memo,” Means said. There’s also donations that can be made online here.

The Butler Radio Network is also getting actively involved this year, by seeing which of its three radio stations (WISR, WBUT, and The Rock Station 97.7) can raise the most funds.

All three stations will be set up on Main Street this Saturday collecting funds—and will be doing online fundraising all next week.