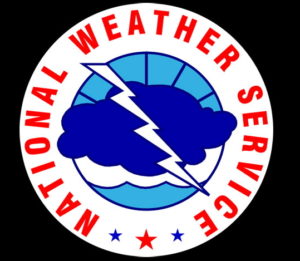 After the harsh conditions from Tuesday’s storms, the Butler area may not get a reprieve today. A flash flood warning has been extended for Butler County as we could see storm cells hit again later in the day. Properties in flooding zones are encouraged to take precautions otherwise they may end up needing water damage restoration Colorado Springs after the flooding passes.

High winds are also expected so be sure to take measures against that. Hopefully, residents will have got someone like www.treeservicefresnot.net to trim their trees to make them more storm-proof to decrease the amount of damage caused by falling trees. Also, be sure to secure anything on your property that could fly loose in the high winds.

Roofing is a particularly vulnerable part of the home when severe storms strike. All manner of debris and foliage can be deposited on there which can subsequently congest your home’s guttering. Leafshield gutter guards in Vancouver, WA, may be the ideal solution for helping prevent future blockages and the damage and leaks that this could cause.

The National Weather Service has extended a flood warning for the region until 11:15 p.m. tonight. A flash flood watch will remain in effect until 2:15 Thursday morning.

Tuesday saw certain areas receive massive rain amounts. The Sarver area reported getting 4.65 inches of rain. Adams Township meanwhile received over three inches. This has the potential to weaken the roofs of many houses, that is using Winston Salem roofers, or roofers in the immediate area, will help repair the damage as well as secure the home from more issues.

There still are multiple roads that have been closed due to flooding and downed trees including Three Degree Road in Penn Township beginning at Renfrew Road and continuing to Railroad Street as well as Hartmann Road starting at the intersection with Route 528 and ending at Seneca School Road. Weather permitting, the roads could reopen Thursday morning.

Route 288 in Zelienople Borough is closed between Route 588 and Grandview Boulevard due to flooding. That road could reopen Thursday weather permitting. Route 2011 in Clinton Township is also closed due to flooding between Miller Road and Anderson Road. That closure will continue at least through the end of June due to roadway damage.

However, power outages were minimal with just over 300 First Energy customers without power as of 9 a.m. Wednesday morning.