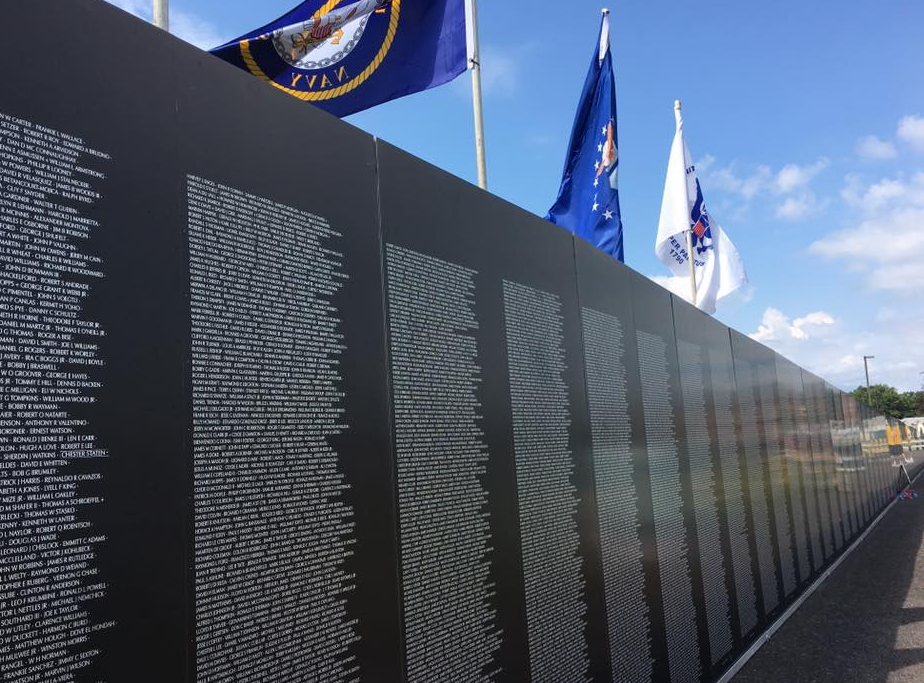 The American Veterans Traveling Tribute was on display at VA Butler Healthcare on New Castle Road in Butler Township in August.

The traveling Vietnam memorial will remain open and on display at VA Butler Healthcare through Sunday.

An opening ceremony was held Thursday where the names of the 43 men from Butler County who were killed in Vietnam were read. Profiles of those 43 men can be seen here.

The Butler County American Legion Riders were behind the effort to bring the American Veterans Traveling Tribute to Butler. The traveling memorial is an 80 percent replica of the Vietnam Veterans Memorial in Washington, D.C., which contains the names of the over 58,000 men and women who were killed in the Vietnam War.

The memorial is open 24-hours-a-day. There will be various ceremonies held at different times throughout the days. On Sunday, former Pittsburgh Steeler and Vietnam Veteran Rocky Bleier is scheduled to speak at a ceremony beginning at 7am.