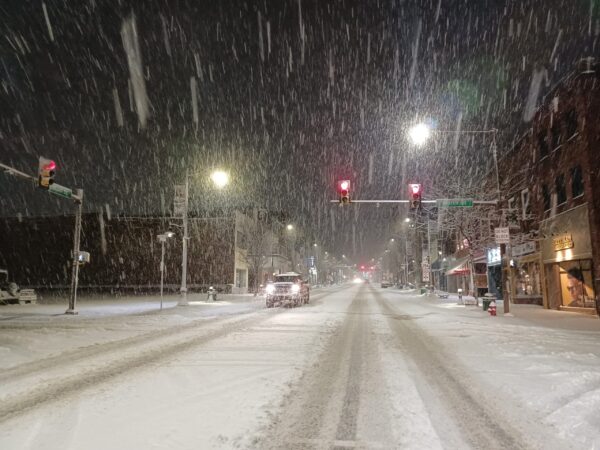 The shovels and snow blowers are active today after a massive winter storm hit the area.

It started in the early evening yesterday and brought a significant amount of snow with it.

According to the National Weather Service, Butler Township received around 8 inches of snow by noon today.

While most of the storm has worked its way through the area, the National Weather Service says there could still be an inch or two of accumulation throughout the day.

Meanwhile, road conditions have improved as crews continue to plow and salt.

With the snow coming down quickly during the overnight, a switch to freezing rain made it difficult for crews to keep up according to Sparky Mares of PennDOT.

“When we just started to get a little bit of [the freezing rain] cleaned off, it turned all to snow around 3 a.m. and it didn’t stop,” Mares said.

Mares reminds drivers that as crews spend the day plowing and salting, to take it easy when they see a PennDOT or other plow truck.

“We have a lot of intersections we have to clean up. We usually do that during the overnight, but obviously that couldn’t happen,” Mares said. “During the course of the day, we’ll be cleaning up intersections. That involves a lot of backing up into traffic so just pay attention, take your time, be careful and you shouldn’t have any problems.”

Officials still advise to be very cautious on side roads as crews work their way to clean up streets. 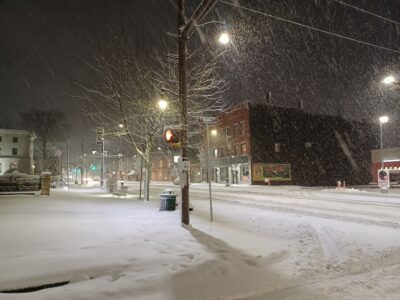 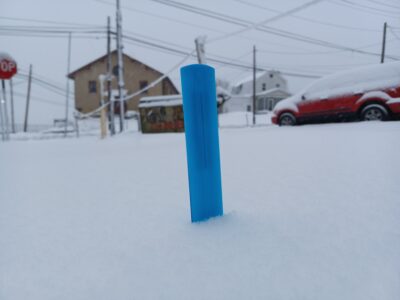 The ruler test showed a little less than 7 inches around 8 a.m. on the West End in the City of Butler. 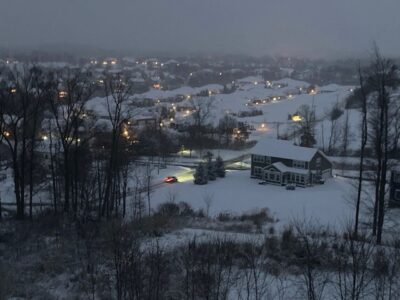