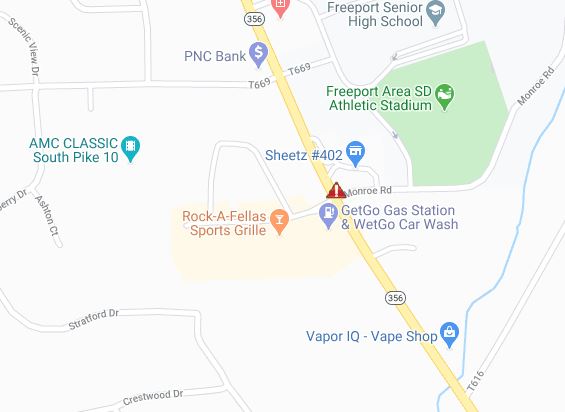 Wintry weather returned Wednesday night, which has led to some slick road conditions for the Thursday morning commute.

An accident shut down a portion of Route 356 in Sarver this morning.

The crash happened around 6:15 a.m. when a vehicle hit a gas meter. That prompted crews to shut down the road in between the entrance of Freeport High School and the Sheetz gas station.

Dispatchers say no one was injured. The road soon re-opened.

Another accident happened earlier this morning on Route 38 in Chicora.

Two people suffered minor injuries in a one vehicle accident happened just after 5 a.m. in the 1000 block of Oneida Valley Road in Chicora.

Crews arrived to find two people inside the vehicle—but they both safely escaped.

At least one person refused treatment after the accident.