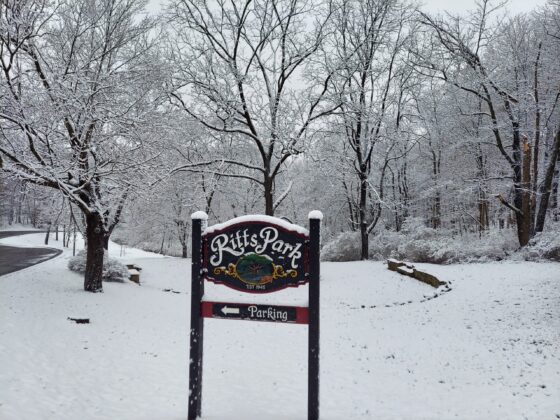 Ritts Park in the City of Butler had its fair share of snow on Tuesday.

The forecast is dry for today, but some shoveling and sled riding could still happen after Butler County received its first batch of wintry weather yesterday.

Some parts of the county received as much as six inches of snow. It was an all day snow too, that picked up in the evening causing the National Weather Service to issue a winter storm warning.

First responders were busy as well, with the Butler County 911 Center handling over 60 calls for vehicle accidents—most which were minor.

A power outage also impacted a number of residents and businesses in Butler near the North Main Street. Most homes have had their power restored, with First Energy reporting less than five homes without power. 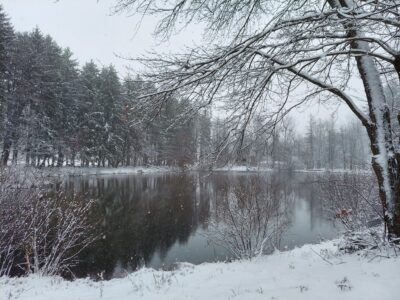 The Vets Club pond in Meridian was surrounded by snow on Tuesday. 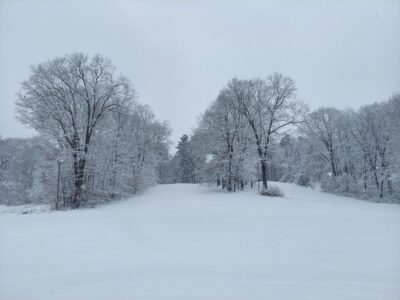 The hills at Saw Mill Park are typically filled with sled ridders during snow days, but were empty on Tuesday afternoon. 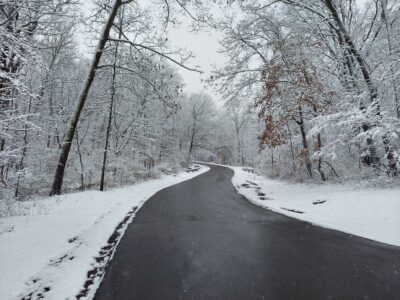