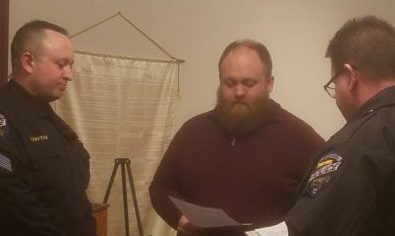 The City of Butler has promoted one police officer and plans to hire three others to get the department fully staffed.

The Butler City Police Department currently has 21 officers but the chief and mayor would like to see three additional officers added to the force.

Civil service testing is currently underway to fill those positions.