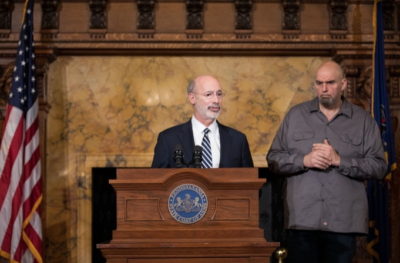 Lieutenant Governor John Fetterman is eyeing a run for U.S. Senate next year.

Fetterman announced Friday that is exploring entering the race for the Democratic nomination for Senate.

Fetterman had previously said he was interested in running for higher office soon, eyeing the Senate or Governor’s seat.

The former Braddock mayor was originally elected as the Lieutenant Governor in 2018.