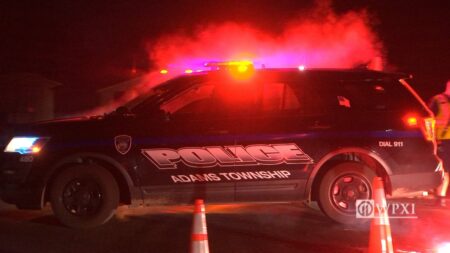 A Center Township man is in the Butler County Prison after he allegedly shot at his mother and led police on a manhunt for hours in Adams Township.

According to our news partners at WPXI-TV, 31-year-old Grant Werner was fighting with his mom about the family farm on Mars-Evans City Road on Tuesday night around 8:30 p.m.

The argument escalated and police say Werner allegedly fired one shot at his mother, who ran into a bathroom and called police.

He was eventually caught at a building on the farm and was placed in the Butler County Prison.