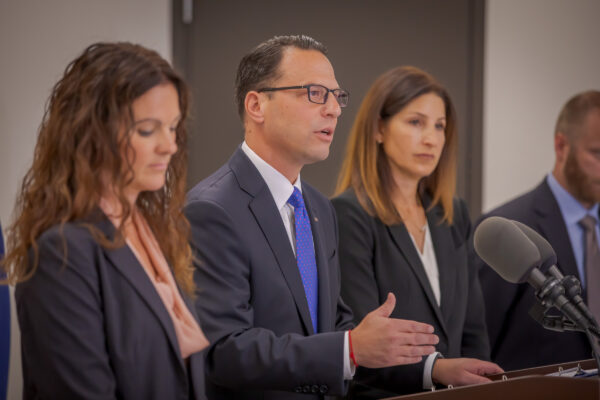 Harrisburg, PA. Attorney General Josh Shapiro announced that Sunoco Pipeline L.P., and ETC Northeast Pipeline LLC (ETC), both subsidiaries of Energy Transfer, L.P. (Energy Transfer), were convicted of criminal charges related to their conduct during the construction of two major pipelines in Pennsylvania. Mariner East 2 Pipeline, which crosses 17 counties in the southern tier of Pennsylvania, and Revolution Pipeline, a 42.5 mile pipeline that starts in Butler County, and is routed through Beaver and Allegheny counties, and connects to a gas processing plant in Washington County. August 5, 2022.

A company that owns a pipeline that stretches from Butler County to Washington County has been convicted on charges related to their conduct during construction.

During the case, prosecutors found that the construction of the pipeline led to two landslides, which led to an explosion that caused damage to homes, cars, and barns.

As part of the agreement, Energy Transfer is setting aside funds that will go toward homeowners impacted during the construction of the pipelines.