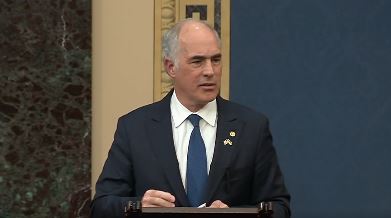 Only Democrats voted in favor of the estimated $730 billion bill that they say will help fight climate change, cut pharmaceutical costs, and place taxes on billion dollar companies.

The U.S. House is expected to vote on the bill this week.