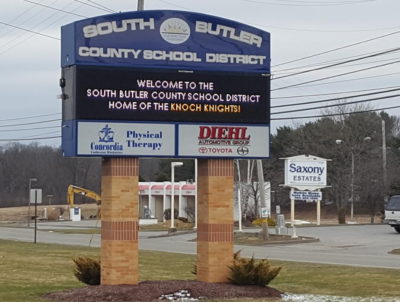 The South Butler County School District needs to fill two major administrative positions this summer following a resignation and a proposed hire that fell through.

During a school board meeting Wednesday, the board accepted the resignation of Paul Slomer Jr. from the positions of director of business affairs and school board secretary. Slomer had been employed by the district for five years. His resignation is effective June 30.

Former Butler Area School District Business manager Catherine Rodgers will take over as interim business manager with a salary of $300 per day. Transportation Director Rachel Altman is the acting board secretary for a stipend of $260 per meeting.

The South Butler school board also rescinded the offer of employment for the director of Human Resources position that they had extended last month to Patricia Crump. Superintendent Dr. David Foley said Crump decided to return to a position with the district that she considered leaving.

Both job descriptions have been posted and administrators hope to have candidates ready for board approval at the August meeting.