Yes, SRU, You Can Purchase The Dr. Phil-Inspired Shirt 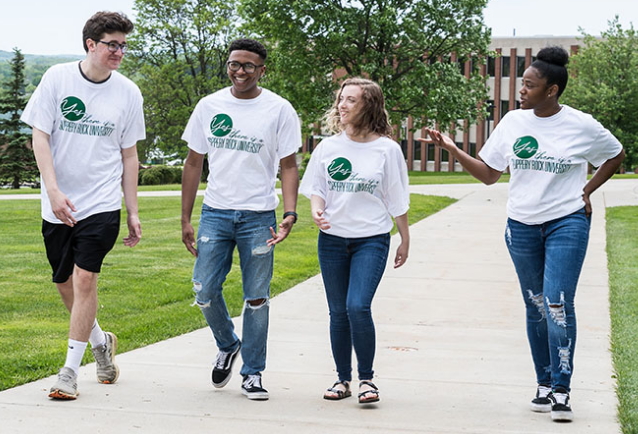 “Yes, there is a Slippery Rock University” T-shirts are available at the SGA Bookstore while supplies last. Photo: SRU

You can now buy a shirt to remember the incident.

Back in April, Phil McGraw of “Dr. Phil” was asked about the recent college admissions scandal. He said he believed it wasn’t about parents getting an education for their kids but rather about status- saying the parents wanted to be able to say their kid went to Harvard or Yale, and not a school like Slippery Rock.

The comments caught the eyes of many current and former SRU students…from here in Butler County and beyond.

SRU President William Behre created a shirt that read “Yes, there is a Slippery Rock University” and gave it to participants at this May’s commencement rehearsal. Now, the shirts are available for purchase at the SRU Bookstore or online.

Shirts are $10 with $5 from the sale of each shirt going to the SRU Class of 2019 General Student Scholarship Gift.